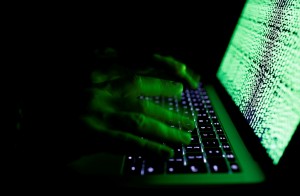 Computers reported contaminated by a global ransomware attack in India has more than doubled to around 193 in numbers on Thursday from a day ago, a central cyber security official said, also stated that steps are being taken by the government have helped control its spread among the country.

Newly setup Indian startups and individuals continue to report being attacked by the cyber-extortion crusade that had begin with a bang recently and has affected many computers around the world, interrupt essential services and forcing some to meet the unidentified hackers’ ransom demands and stealing confidential data.

The government has stated that organizations such as those managing government websites and portals that need extra security shield had promptly installed security patches issued by Microsoft Corp, immunizing their systems and defending themselves against ransomware attack.

Analysts who have been continuously analyzing the consequences that might be possible, have however, warned that a lot of ransomware attacks in India would go unreported because of the high use of readily available pirated software rather than genuine one by small companies and startups .

“Those who are using pirated software, they don’t even have any patch,” Bahl , cyber-security official said. “They won’t even report any attack. They have no option but to go for something new.”